Solstice literally translates from Latin as “sun stands still”. This happens twice a year, in June and December.  In December, in the Northern Hemisphere, the North Pole points toward the sun, and the sun is at its closest point to the earth.  The opposite is true in the Southern Hemisphere, where the South Pole points away from the sun in December. Days are long, and it is summer solstice.

Here, where I live in the North America, the actual solstice falls on Monday, December 21 at 9:48 p.m. Mountain Time. 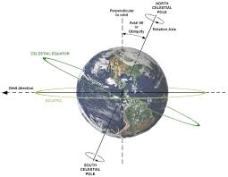 I use solstice as a metaphor to go into stillness in meditation, to reflect on my relationship to dark and light elements within my own nature and within the collective and to look into our blind spots and commit to the renewal of our greatest aspirations.

Around the world, we have been marking this day in various ways throughout history.

In Scandinavia, the Feast of Juul was held during December solstice.  Fires were lit to symbolize the heat, light and life-giving properties of the returning sun and a Yule or Juul log was brought into the home and burned on the hearth in honor of the God Thor.

In Ancient Rome, the Winter Solstice festival Saturnalia began on December 17 and lasted for a week.

The ancient Incas celebrated a special festival to honor the Sun God at the time of the December solstice.

Today in the northwestern corner of Pakistan, a festival called Chaomos, takes place among the Kalasha or Kalash Kafir people and lasts for at least seven days, including the day of the solstice.

As for me, I will celebrate with a gathering at my home.  We will cast our darkness into the flames of a fire pit outside my house and plant the seeds of our dreams into our hearts to draw from the sun as it grows closer to the earth.

We will share with each other what Renewal means to each of us, and I hope to share with you some of these thoughts and lessons in future blogs.

Wherever you are and however you chose to spend your solstice, I wish you inner radiance that illuminates your world with the deep peace and love of this very sacred season.

How do we move from vulnerability to trust?  What motivates us to leave that safe, secret cave of solitude and going solo, in exchange for risking reaching out and letting someone in?

Well, to put it bluntly, even if we tell no one, we are still vulnerable.

We are vulnerable within ourselves.  It is our very nature to be vulnerable as well as strong.  Allowing one’s greater Self to tend and befriend one’s ordinary self, along with all the inner fears, feelings, questions, triumphs, and concerns is no easy place to be for our ordinary ego-self.

Before you branch out to connect with anyone, if you are feeling vulnerable, it helps to connect with your inner Self.  Greater Self awareness is our personal touch point.  From there we can connect with and hold ourselves and others in our vulnerability.  And, we find exchange movement, clarity, and trust in one another. 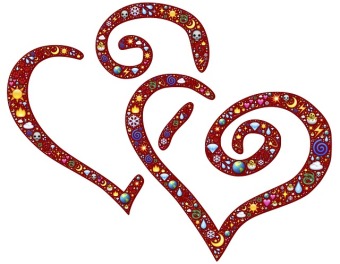 Vulnerability paves the way to trust.  All we have to do is allow it.

I recently spent a weekend in Las Vegas at a conference.

This was an environment filled with mainly North Americans and a small international crowd from as far away as Australia, Israel and Europe.  The conference was stimulating and fast paced with an overflowing feeling of generosity, as conference presenters and participants shared ideas and advice with each other.

Within all of this, I was able–and needed–to find my sacred space.

Sometimes I would leave the building and sit quietly on a bench outside, allowing the sound of the nearby fountain and a few birds to simply wash over and move around me.  Other times I would sit in silence within the conference centre, and was able to breathe into my personal space, welcoming light, and calm from my own Source.

When I am driving from one place to another, my car becomes my sacred space.  It is the world where I transition from where I have been to where I am going.  This is the same for the street or path that I walk along from one area and experience to the next.  Grounding breaths and checking in to my sense of Self, and inviting subtle shifts and adjustments where needed–if needed–makes an affirming difference in my day.

It is wonderful and important to have a sacred space in your home, in your place of worship or wherever it is you go with friends, family and your community to pray, chant or just ‘be’.  Nevertheless, we have it in us to make our space sacred wherever we are and in whatever it is that we are doing.

How do You create Your own Sacred Space?

Supporting each other to be more empowered starts with a healthy relationship with Self.

When we commit to our own process, we are able to commit to being present with others who are in the middle of their own process.  Through that commitment of presence, we support one another.

It is easier to trust others in their process when we trust our own process, and accept the mystery of its unfolding.